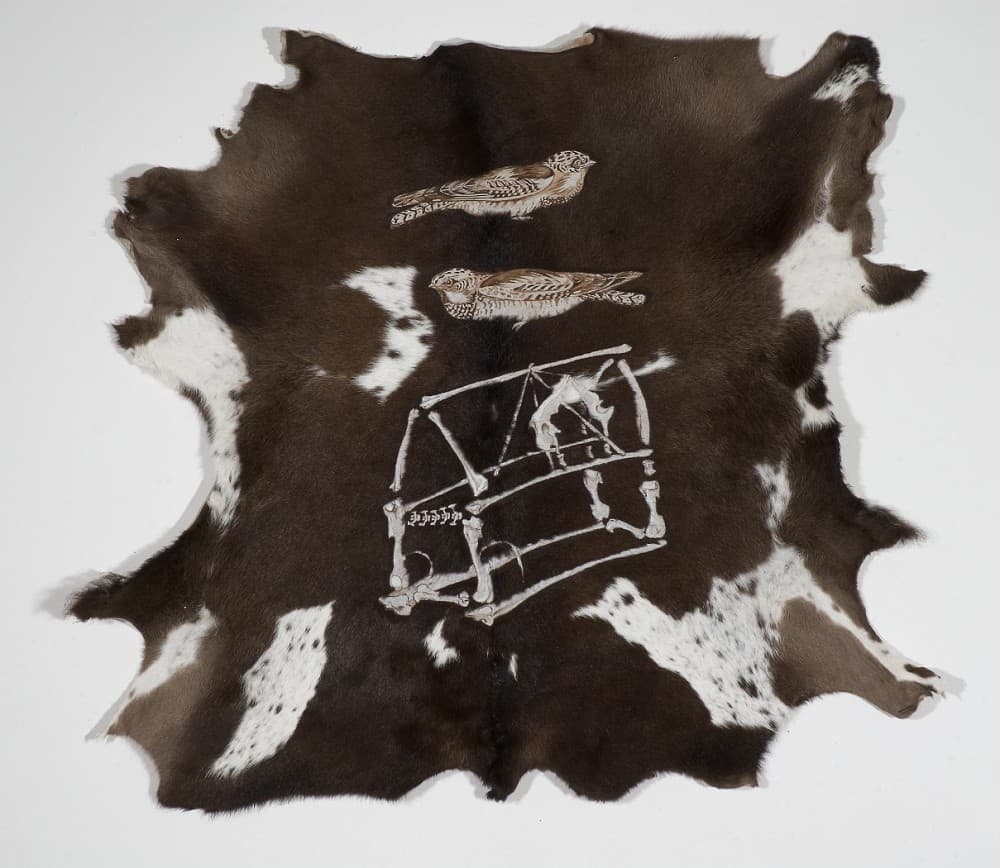 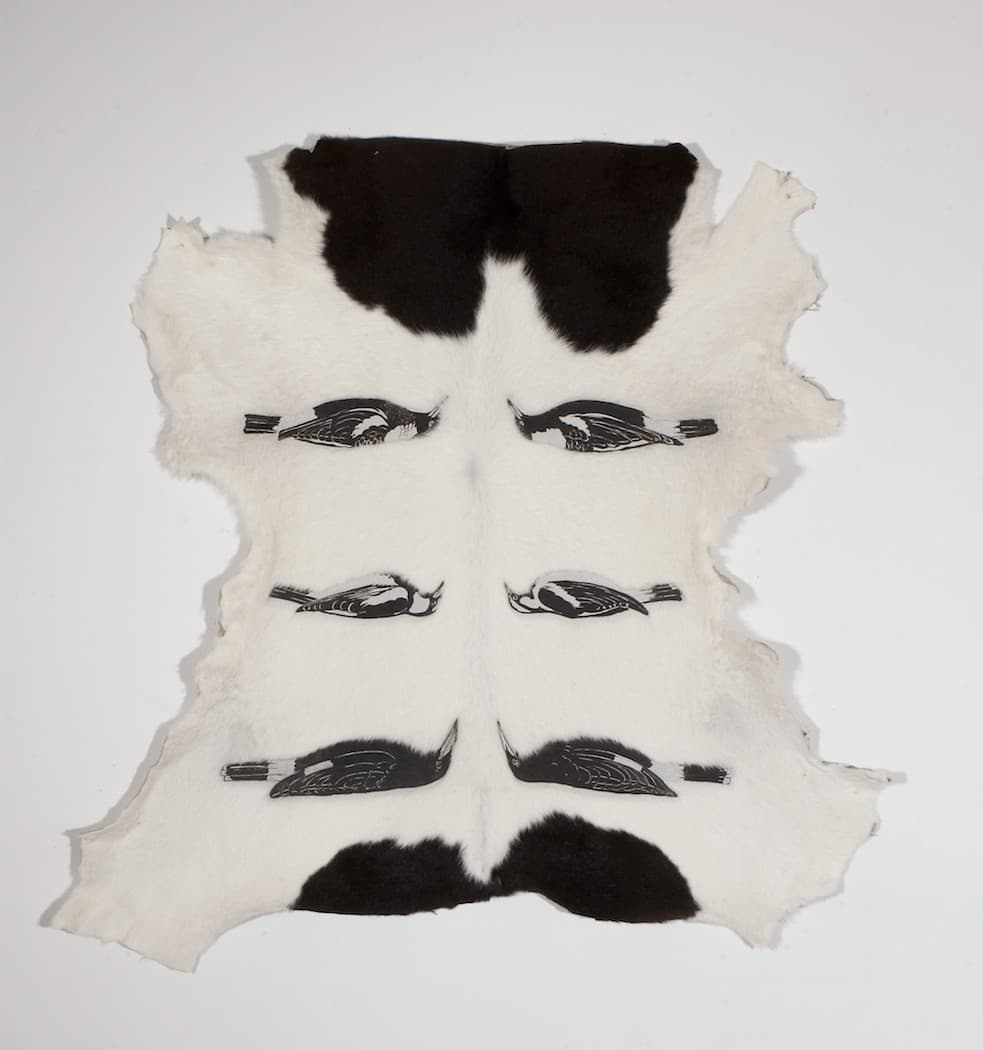 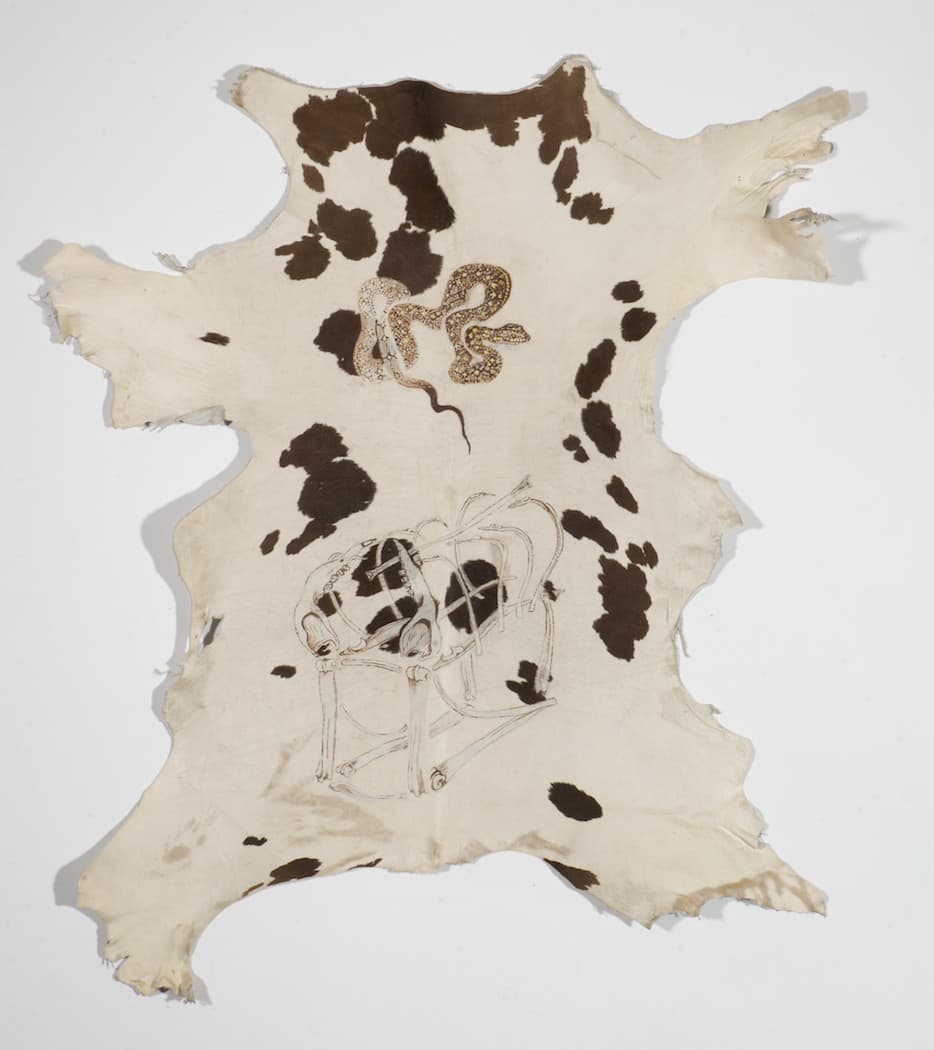 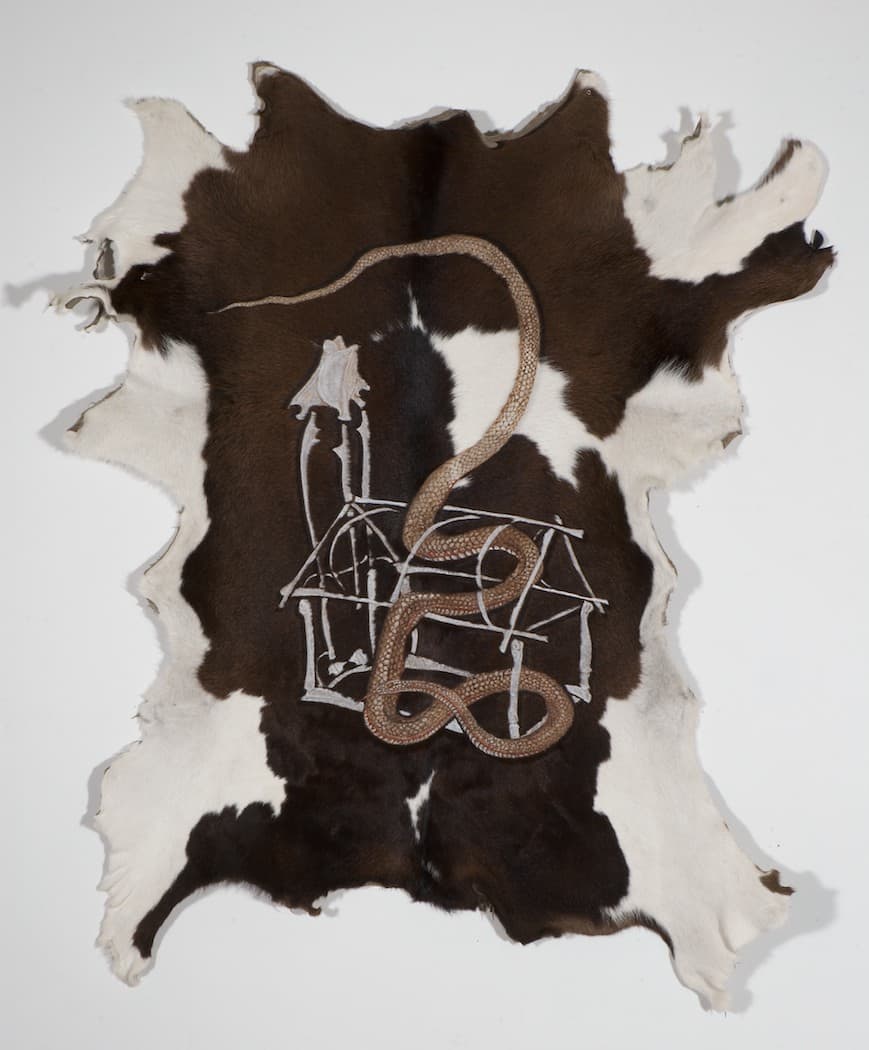 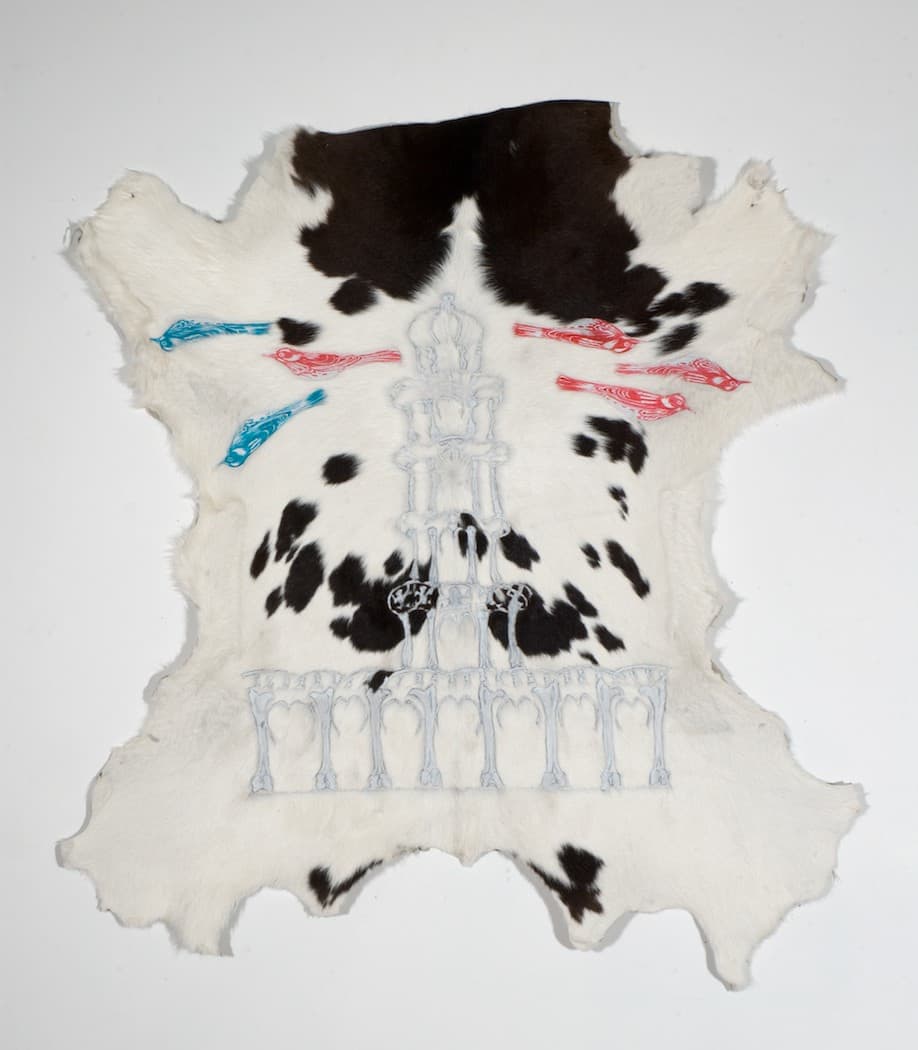 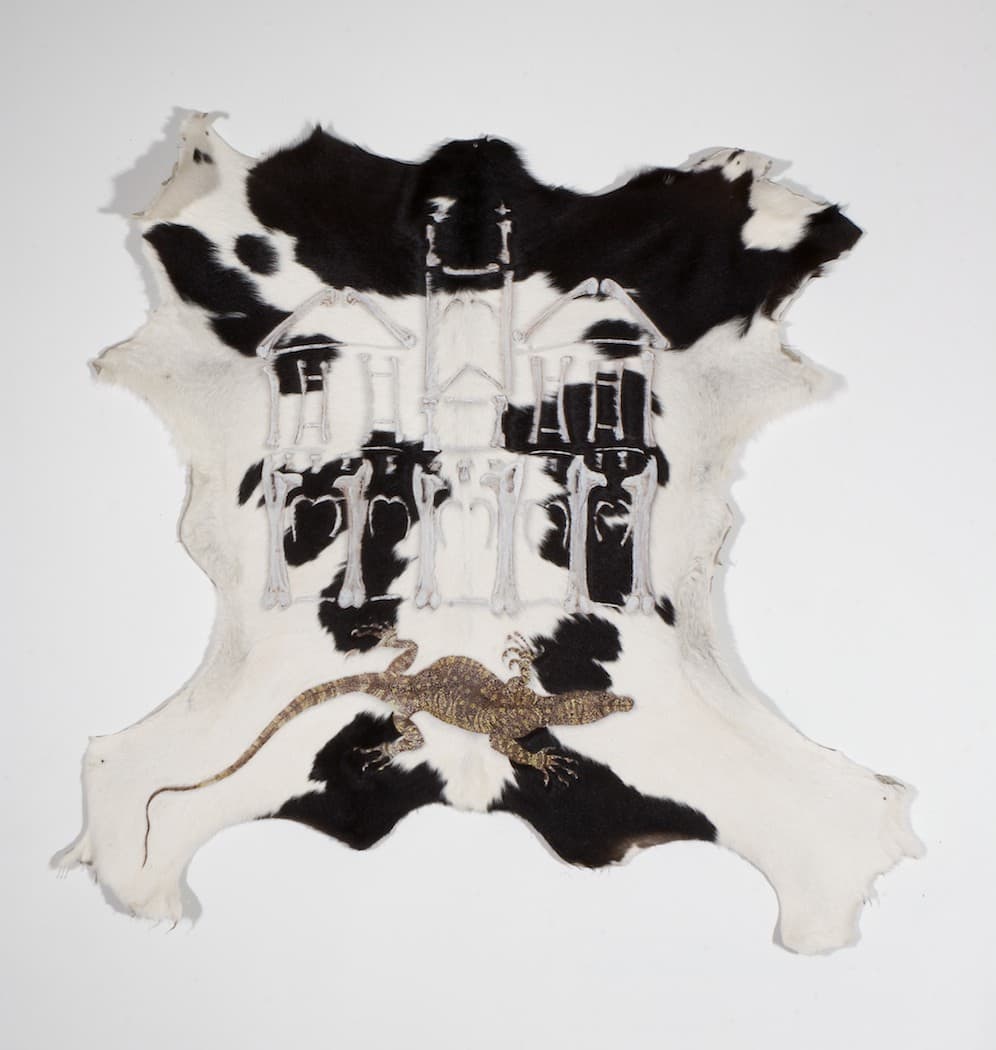 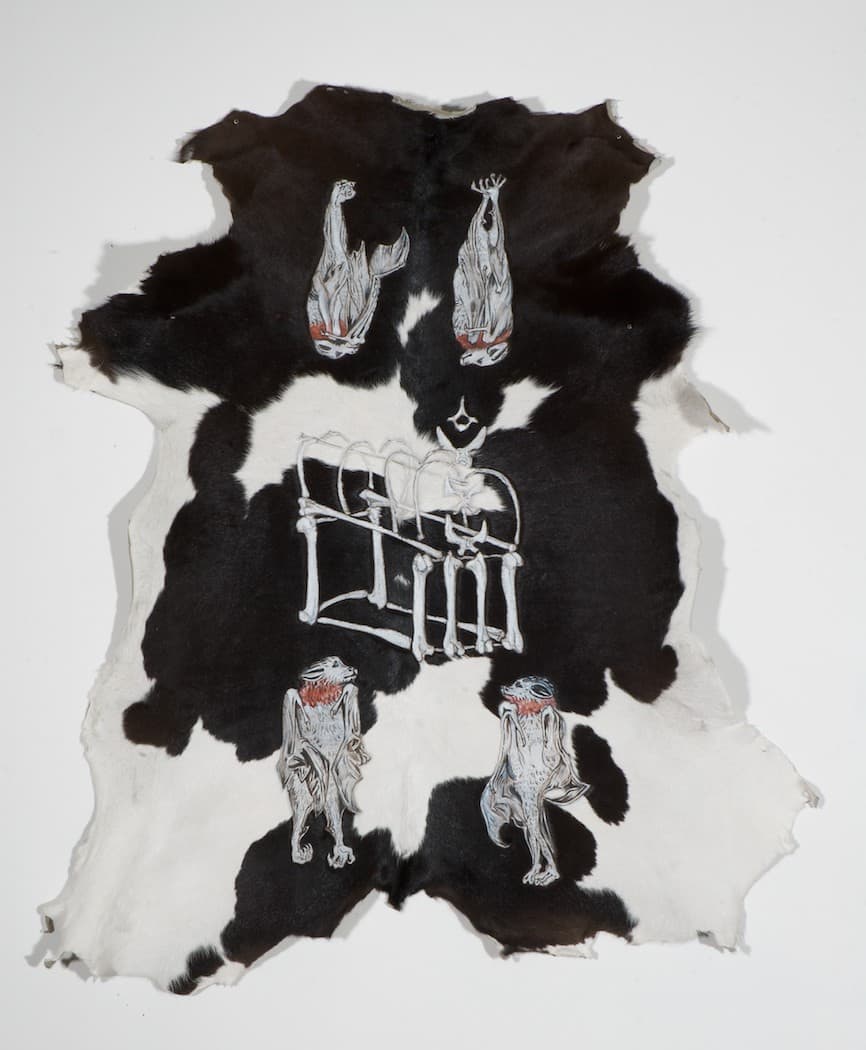 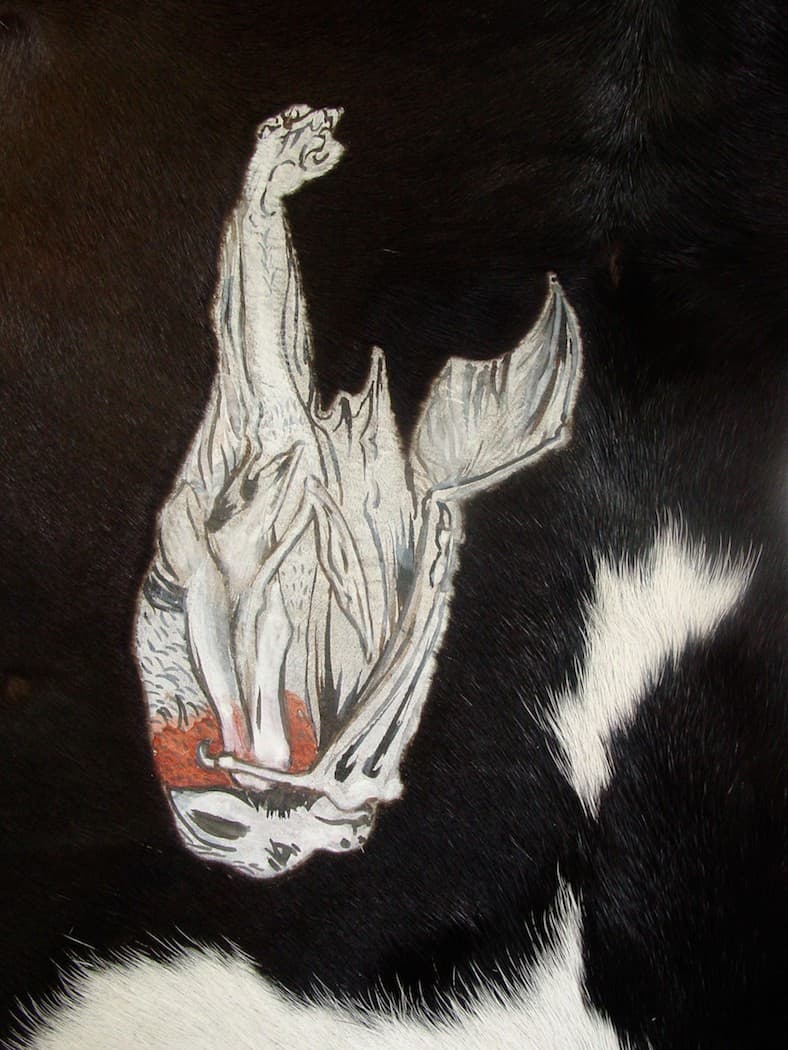 The eight hide drawings and one sculpture in this show are about the farmed and feral cattle around my place. They are about the vulnerability of the native birds and animals as human activity gobbles up their habitat. Observing the native creatures I encounter in the bush around the house and studio, I meticulously shaved their images into the bovine fur. Coloured with ink and watercolour, they suggest branding or tattooing. Nestled into the fur, stained into the skin.

I imagine these native creatures recolonising the pastoral scene, and the ubiquity of Australia’s cattle industry. The architecture of bones depicted in some of the hides makes a strange new skeleton. These images emerge from my earlier sculptural work (see “Bonetown” in “Ossature”), made from kangaroo and wombat bones found around here. The single three-dimensional object in this show, the bone and aluminium “Tower and Swoop” 2007, has a wall bracket that encircles the image of a bird of prey  it is cut from an old aluminium sign bearing a Municipal Coat of Arms